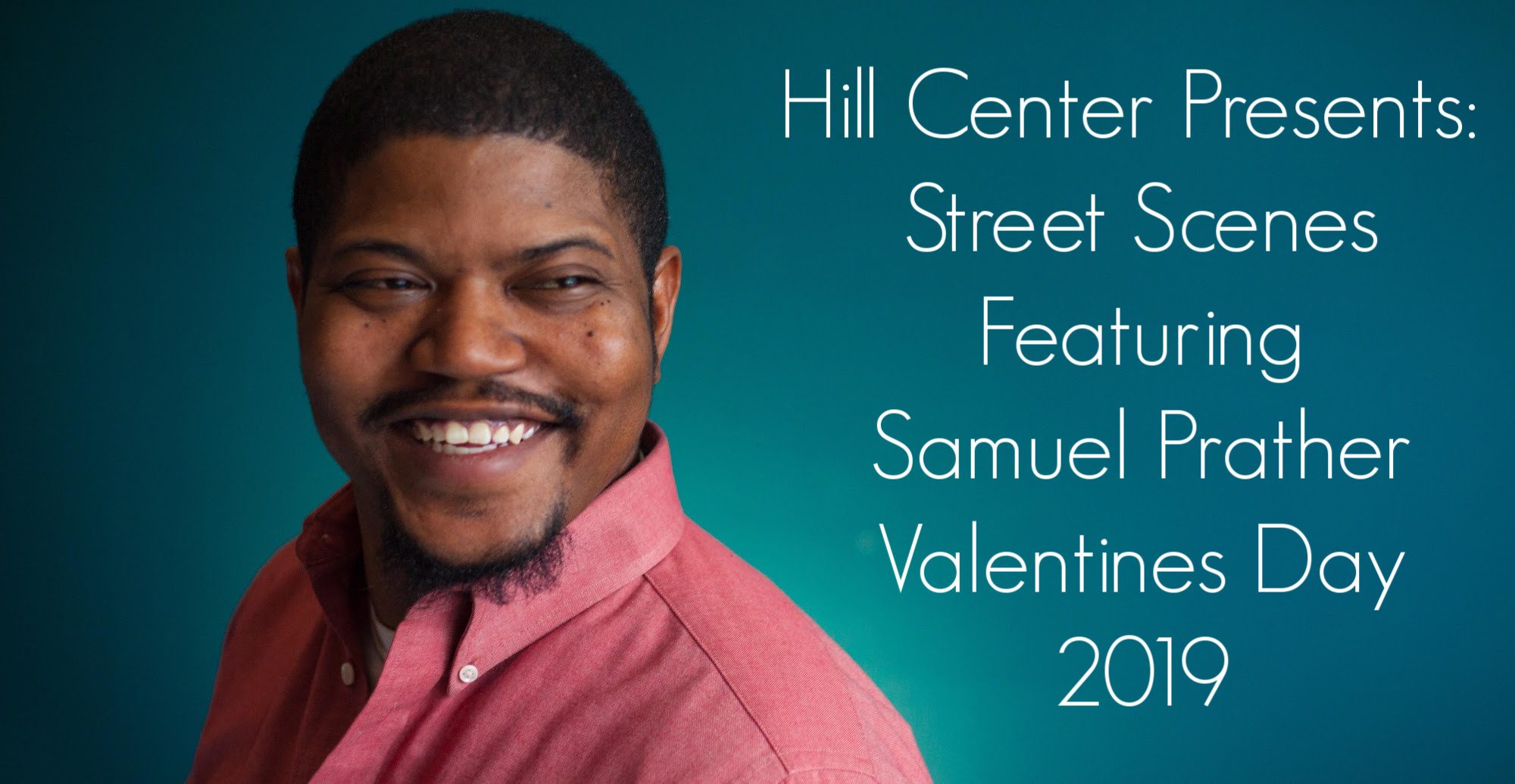 The Hill Center Presents an Intimate Evening with Samuel Prather for Valentine’s Day, 2019

Washington, D.C. (January 22nd, 2019) — Street Scenes at the Hill Center presents DC’s own genre breaking vocalist and multi-instrumentalist Samuel Prather on Thursday, February 14th, from 7:00 – 9:00 pm. Tickets are $18 in advance, $20 on the day of the performance and can be purchased online or at the door. Purchase tickets on InstantSeats at https://www.instantseats.com/index.cfm?fuseaction=buy.event&eventID=A5FF6C01-BA4C-7C82-B23FD15C5C421D3F.

Samuel Prather, who normally performs with a large groove oriented ensemble, will be presenting a rare small, trio jazz combo feature performance as part of the Hill Center Street Scenes series. He has developed a reputation as an engaging performer, weaving story into his unique take on standards as well as his originals. He’s been compared to Stevie Wonder, Nat King Cole, and Donny Hathaway for his classic takes on jazz and soul music. As a versatile musician, he has shared the stage with acts as varied as Shania Twain, Raul Midon, Frederic Yonnet, Hugh Masekela, and Cyrus Chestnut. A product of UDC, UMBC, and Howard University, he won a student downbeat award in 2012. On top of being tied for DC’s Best Pianist of 2017 in Mike West’s Jazzies Awards, his album “Groove Orchestra” was named #2 Album of the Year by Capitalbop.com in 2014, and he currently leads his critically acclaimed large ensemble on its way to a brand new album release in March.

For a complete schedule and artist bios for the Hill Center Street Scenes Concert Series, curated by Burnett Thompson and Shannon Gunn, please visit www.pianojazz.com/hillcenter.htm. Ensembles in residence at the Hill Center provide exquisite concert performances coupled with children’s programming in D.C. public schools.  In its 7th season, the aim of the series is to bring the world’s rich musical universe to Capitol Hill and the wider Washington, D.C. community.