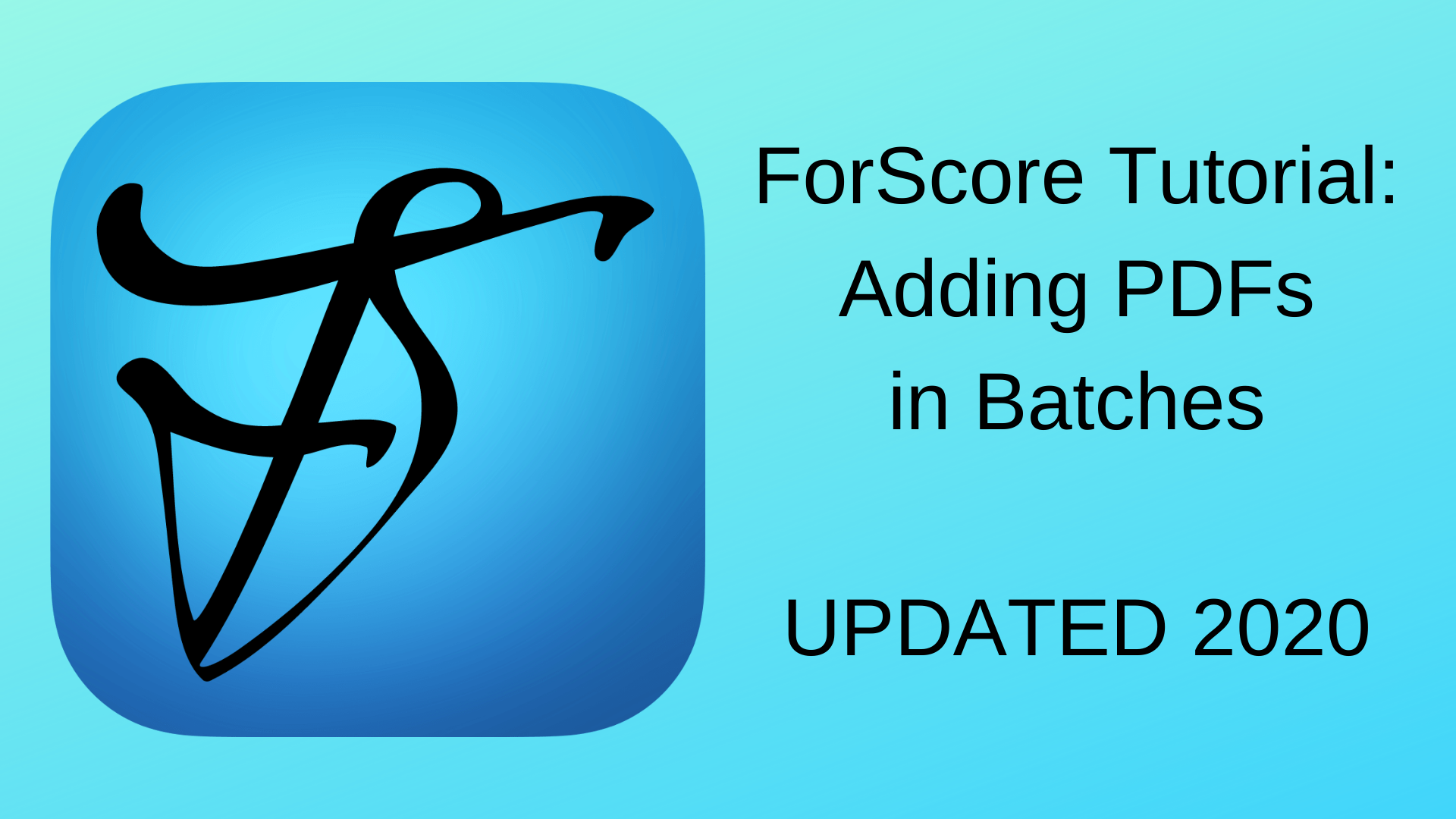 Today, I went to add a batch of PDFs to ForScore and the Google Drive service was not available. After some research, I was able to figure it out and I wanted to share it with everyone.

Let’s say you get an email from a wedding band and you need to add 100 or more songs to your ForScore very quickly. Simply use the import feature, which is part of the library. The directions are very clear in the ForScore documentation, except that I could not find the import! The Import is located in the Library which is the note icon in the top left corner. I hope this tutorial is helpful to anyone who wishes to add a large number of files to ForScore at once. 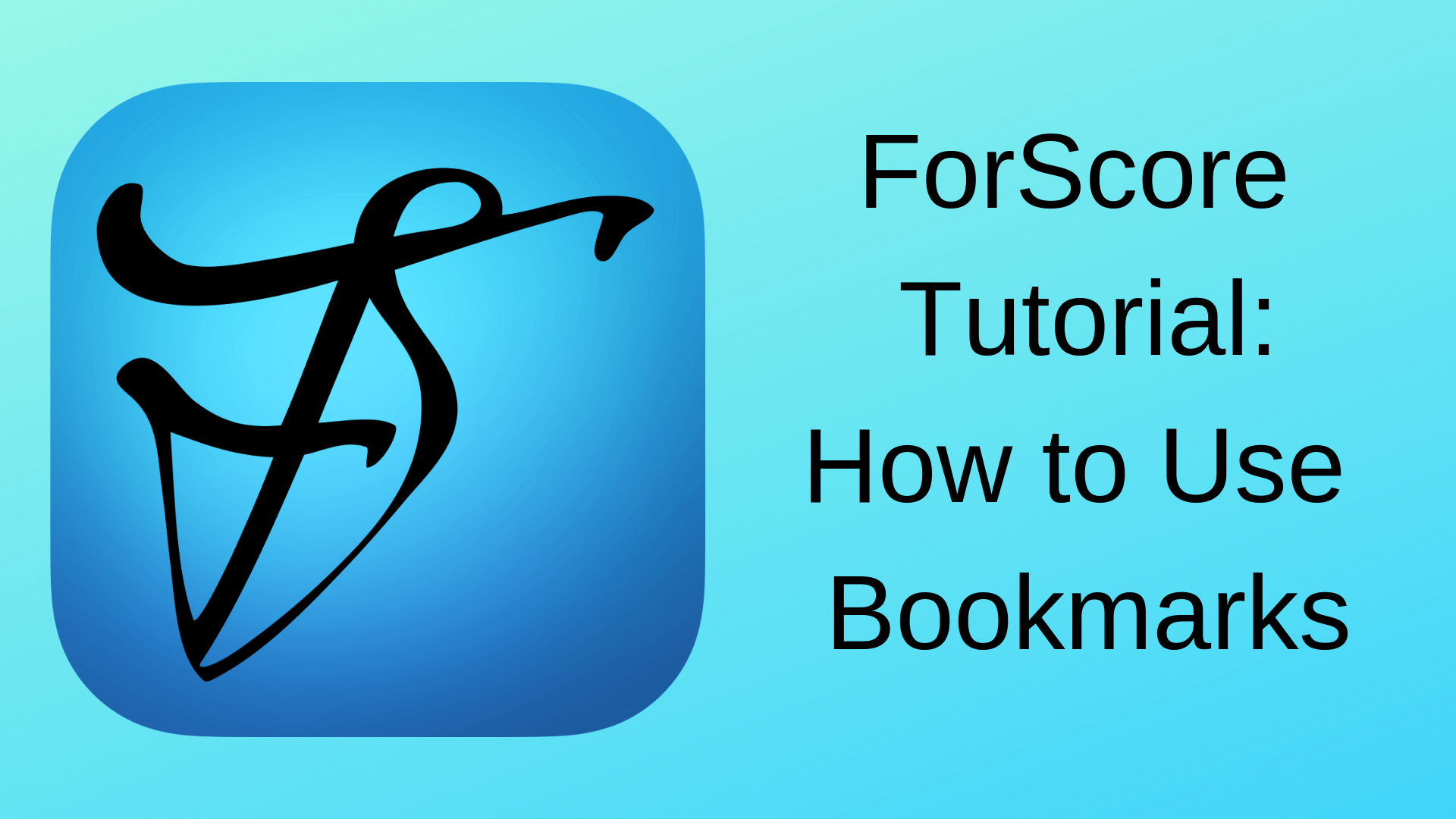 Have you ever received a PDF with multiple songs? Rather than splitting out each song, you can simply bookmark the PDF in ForScore and then add that bookmark to a Setlist. ForScore is a wonderful PDF music reader for iPad! This is a tutorial on how to Add Bookmarks to ForScore for a multi-page PDF, and then link to that bookmark within a setlist. 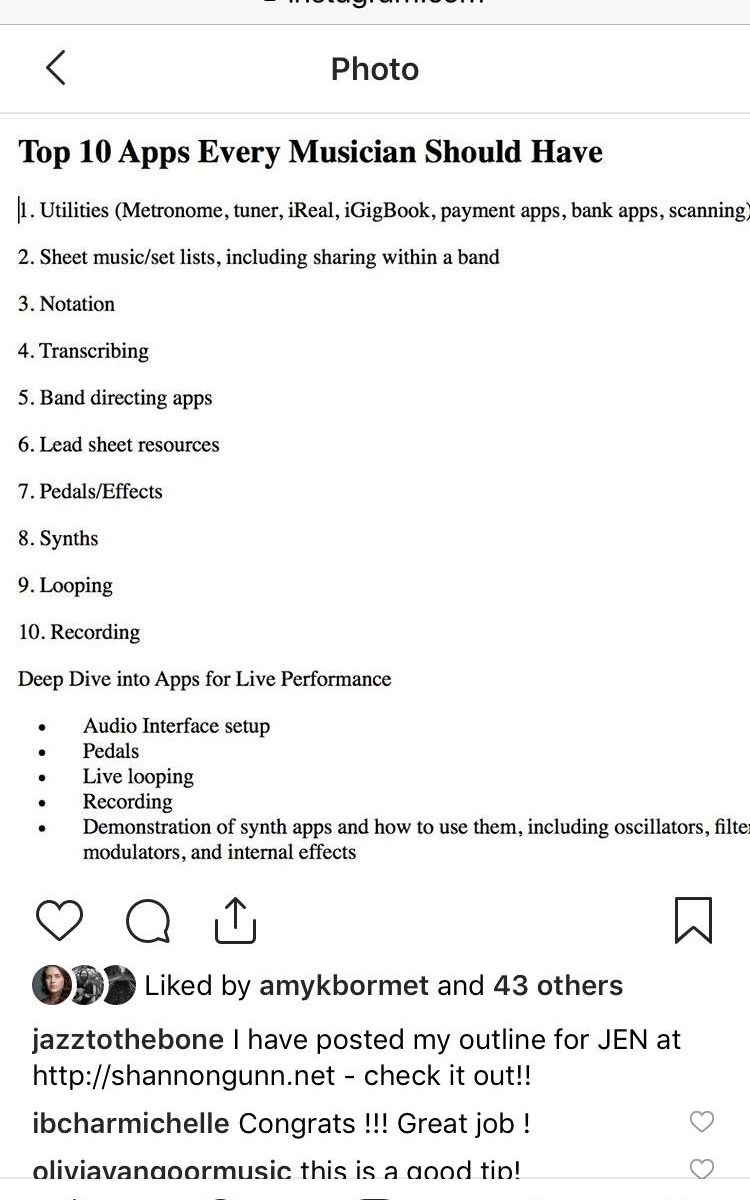 2. Sheet music/set lists, including sharing within a band

https://www.shannongunn.net has tutorial videos and the Apps for Jazzers blog

Introduction to the Recording Arts by Shannon Gunn (198 page textbook) is on Amazon and provides a turn-key resource for educators, including chapters on the history of audio recording, physics of sound, microphones, PA systems, and basic electricity. Includes a curriculum, exercises and note-taking resources.

Shannon is available to do masterclasses and residencies at schools and universities.

Shannon Gunn and the Bullettes: http://www.bullettesjazz.com/

Hailed by the Washington City Paper as “D.C.’s Best Trombonist 2015” and the DistrictNow Blog as “Best Trombonist 2017,”  DC based Shannon Gunn is known for her exceptional tone and her grandiose project-du-jour. She is currently the artist in residence on Tuesday nights at Columbia Station in Adams Morgan as leader of the “Firebird Organ Trio,” named “DC’s Best Small Ensemble 2016” by the Washington City Paper. She also runs DC’s premiere all-women jazz orchestra, “Shannon Gunn and the Bullettes,” including successful performances at the Kennedy Center, Castleton Theatre House, DC Jazz Festival, Washington Women in Jazz Festival, Takoma Park Jazz Festival, Jazz on Jackson Place, Westminster Jazz Night, Nomadic Jazz, Great Gatsby Inaugural Ball, Goethe Institute, National Jazz Workshop, Gallery O on H, Arts on the Avenue, Bohemian Caverns, and  Dardanella. As a member of the Bohemian Caverns Jazz Orchestra, she’s had the privilege of playing with notable artists such as Oliver Lake, Cheryl Bailey, Yotam Silverstein, Wycliffe Gordon, Ken Schaphorst, and for Miho Hazama. Additionally, as lead trombone player at Michigan State University, she played with Billy Taylor, Rodney Whitaker, and Marian McPartland. She earned her Masters of Music in Jazz Studies from George Mason University in Fairfax, Virginia and also attended James Madison University and Michigan State University for her music studies. She produced “The JazzCast,” a podcast dedicated to curated listening sessions with jazz musicians. In addition to the ensembles listed above, Shannon Gunn has performed with the Metropolitan Jazz Orchestra, Reunion Music Society, American Festival Pops Orchestra, Manassas Chorale, at various TV stations such as  DCTV, CBS Morning Show (local) in Richmond,  WJLA ABC in DC as part of the Gatsby Ball promo, and has subbed in with the DIVA! Jazz Orchestra for Maurice Hines’ “Tappin Thru’ Life” as well as subbed on tour with Monika Herzig. She resides in Virginia with her husband, Timothy, and her dog, Faith. Photo Credit Suzette Niess.